NATIONAL BOOK AWARD FINALIST • Latinas of Indigenous descent living in the American West take center stage in this haunting debut story collection—a powerful meditation on friendship, mothers and daughters, and the deep-rooted truths of our homelands.

“Here are stories that blaze like wildfires, with characters who made me laugh and broke my heart.”—Sandra Cisneros

Kali Fajardo-Anstine’s magnetic story collection breathes life into her Latina characters of indigenous ancestry and the land they inhabit in the American West. Against the remarkable backdrop of Denver, Colorado—a place that is as fierce as it is exquisite—these women navigate the land the way they navigate their lives: with caution, grace, and quiet force.

In “Sugar Babies,” ancestry and heritage are hidden inside the earth but tend to rise during land disputes. “Any Further West” follows a sex worker and her daughter as they leave their ancestral home in southern Colorado only to find a foreign and hostile land in California. In “Tomi,” a woman leaves prison and finds herself in a gentrified city that is a shadow of the one she remembers from her childhood. And in the title story, “Sabrina & Corina,” a Denver family falls into a cycle of violence against women, coming together only through ritual.

Sabrina & Corina is a moving narrative of unrelenting feminine power and an exploration of the universal experiences of abandonment, heritage, and an eternal sense of home.

“Sabrina & Corina isn’t just good, it’s masterful storytelling. Fajardo-Anstine is a fearless writer: her women are strong and scarred witnesses of the violations of their homelands, their culture, their bodies; her plots turn and surprise, unerring and organic in their comprehensiveness; her characters break your heart, but you keep on going because you know you are in the hands of a master. Her stories move through the heart of darkness and illuminate it with the soul of truth.”—Julia Alvarez, author of How the García Girls Lost Their Accents

“Fierce and essential stories . . . Feminine agency, legacy and kinship . . . govern the hearts of every character in this book.”—The New York Times

“Here are stories that blaze like wildfires, with characters who made me laugh and broke my heart, believable in everything they said and did. How tragic that American letters hasn’t met these women of the West before, women who were here before America was America. And how tragic that these working-class women haven’t seen themselves in the pages of American lit before. Thank you for honoring their lives, Kali. I welcome them and you.”—Sandra Cisneros

“In the eleven stories of Sabrina & Corina, Fajardo-Anstine writes a love letter to the Chicanas of her homeland—women as unbreakable as the mountains that run through Colorado and as resilient as the arid deserts that surround it. . . . In her fierce, bold stories, these women—and she—are seen, and heard, and made known; the collection is both a product of pain and a celebration of survival. . . . Like the woman on Sabrina & Corina’s cover, the hearts of these characters are exposed but intact. Fajardo-Anstine's heart is there on the page, too, beating with the blood of her ancestors.”—Bustle

“Sabrina & Corina summons a world we hardly recognize, but should. . . . Fajardo-Anstine can make a story smell of sickness. She can make legend of malediction. Conjuring the Sangre de Cristo Mountains, and unfurling the Denver skyline, there is no limit to what Fajardo-Anstine can manifest on paper and, subsequently, in our dreams. Yet, what is most admirable is the courage of her hand. She’s unafraid to delve into areas of race, feminism, queerness, and class. She interrogates whiteness, and its associations like passing and colorism, prodding unapologetically.”—Electric Literature

“[An] engrossing collection of tales . . . Stories that bravely reinvent the Wild West narrative by lifting up Latinx women and portraying callused hand cowboys not as heroes, but as villains and perpetrators of violence.”—Latino Book Review

“You will clutch your heart reading Kali Fajardo-Anstine’s short story collection. Her stories are that heartbreaking, each one like a gift from a small child, offered with earnest, luminous eyes, innocence itself, impossible to reject. . . . Go find yourself a copy of this thrilling, touching, beautiful book.”—New York Journal of Books

“In [Sabrina & Corina] we find a different narrative of the West. These are women who inhabit a space between the Indigenous and the Latinx; they are fierce [and] powerful in their own way.”—Brooklyn Rail

“Kali Fajardo-Anstine writes about hard truths in women’s lives so knowingly, and with such a deft touch, I felt hyper-alert, as well as implicated and imperiled. The book is about belief, coping, yearning, and proceeding in spite of adversity (that is, the times we stay alive). The final act of the first story tells us everything we need to know about what territory we’ll be entering: In these achingly convincing stories, the writer is writing delicately, symbolically, about mortality itself.”—Ann Beattie

Though the southern Colorado soil was normally hard and cakey, it had snowed and then rained an unusual amount that spring. Some of the boys in my eighth-grade class decided it was the perfect ground for playing army. They borrowed shovels and picks from their fathers’ sheds, placing the tools on their bicycle handlebars and riding out to the western edge of our town, Saguarita, a place where the land with its silken fibers of swaying grass resembled a sleeping woman with her face pressed firmly to the pillow, a golden blonde by day, a raven-haired beauty by night.

The first boy to hit bone was Robbie Martinez. He did so with the blunt edge of a rusted shovel. Out of the recently drenched earth, he lifted a piece of brittle faded whiteness and tossed it downwind like nothing more than a scrap of paper. “Look,” he said, kneeling as if he was praying. “Everybody come look.”

The other boys gathered around. There in the ground lay broken pieces of bowls with black zigzagging designs. Next to those broken bowls were human teeth, scattered like dried kernels of yellow corn. Above them the sun had begun to fade behind the tallest peak of the Sangre de Cristo Mountains. The sky was pale and bleak, like the bloated belly of a lizard passing above.

“Don’t touch it,” Robbie said. “None of it. We need to tell somebody.”

And tell they did. The entire town. Everyone, it seemed, was a witness.

Days after their discovery, our final eighth-grade project was announced. We gathered in the gym for an assembly. The teachers brought together the boys from technical education class and the girls from home economics. We sat Indian style in ten rows beneath dangling ropes and resting basketball hoops. The room smelled like a tennis ball dipped in old socks and the cement walls were padded in purple vinyl—supposedly to minimize dodgeball injuries. I thought it looked like a loony bin.

Mrs. Sharply, a bug-eyed woman with a neck like a giraffe’s but a torso like a rhino’s, stood before us on a wooden box. “For the remaining two weeks of your junior high career,” she said, “you will care for another life.” She then reached behind her into a paper grocery bag, revealing a sack of C & H pure cane sugar. “Sugar babies. We will be raising our very own sugar babies.”

Older kids had gossiped about notorious school projects. We had heard stories of piglet dissections, the infamous “growing and changing” unit, rocket launches with carbon dioxide canisters, and a cow’s lung blackened and doused in cigarette smoke, but no one had warned us about this.

“Sugar babies are a lot of responsibility,” Mrs. Sharply said as she stepped down from her box and paced with the sugar sack. She explained we were to be graded on skills like feeding, bonding, budgeting, and more. She then passed around diaper directions.

“We do it all alone?” It was Solana Segura. She was behind me, her perpetual whimper causing every sentence to end like a little howl. “Like single moms and stuff?”

Somewhere, down the rows, a boy croaked, “But the DNA shows I am not the father.”

We chirped with laughter until Mrs. Sharply held up two fingers, signaling silence. “Of course not. You’ll be in committed partnerships. We’re drawing names.”

A teacher’s aide in Payless flats scurried like a magician’s assistant toward Mrs. Sharply. She carried two Folgers cans decorated in pink and blue glitter. Mrs. Sharply set down her sugar, taking the cans from the aide and giving each a good shake. From the pink can, the first name she pulled was Mimi Yazzie, who stood and slinked forward, burying her face into her arms as Mrs. Sharply called out her partner, Mike Ramos. This cycle of humiliation lasted for several more rounds before I was partnered with Roberto Martinez, the bone boy.

After school, Robbie and I sat outside on the swings. He was a scrawny kid with frequently chapped lips and a light dusting of freckles across his low nose. He played soccer and always wore a beat-up blue windbreaker and knockoff Adidas sneakers, with four stripes instead of three. The sugar baby was planted snug in his lap, balanced ever so gently between his two stick-arms. His dark eyes were so big and wide they resembled two brown pigeon eggs and he spoke with a quavering, squeaky voice. “They said we have to name it. Do you want to pick it out, Sierra?”

“That’s cool,” he said. “What about Miranda? That’s my grandma’s name.”

“Whatever,” I sighed, leaning back on the swing. “Name it after your grandmother. Name it after your entire family. I don’t care.” I pumped until the rusted chain pulled taut. Then I jumped, landing in the mushy gravel with both feet. I took off for home. 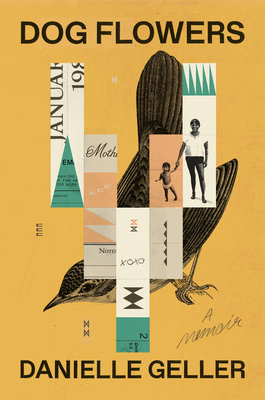 A daughter returns home to the Navajo reservation to confront her family's history and retrace her mother's life--using both narrative and archive in this arrestingly original memoir. After Danielle Geller's… END_OF_DOCUMENT_TOKEN_TO_BE_REPLACED 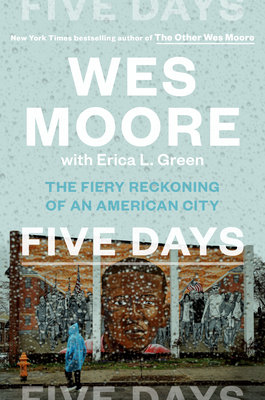 “An illuminating portrait of Baltimore in the aftermath of the April 2015 death of Freddie Gray . . . Readers will be enthralled by this propulsive account.”—Publishers Weekly From the New York… END_OF_DOCUMENT_TOKEN_TO_BE_REPLACED